Building around time of Christ 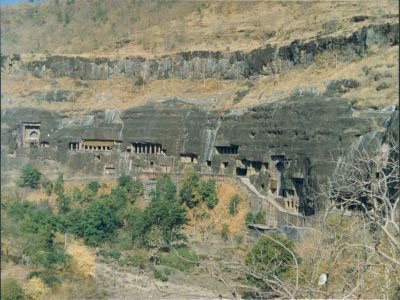 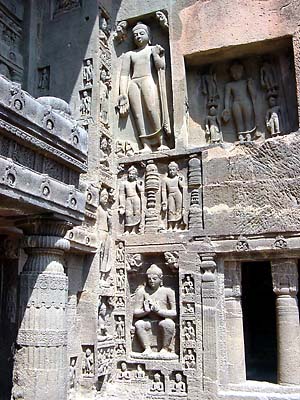 The corbelled arches, the profuse decoration, the facility of the stonework, the pyramids topped with sanctuaries, all show a common source, however modified. The decorative details in all the Khmer cities depict scenes out of Hindu/Dravidian mythology and/or The Life of Buddha, and like the thousands of little decorated niches in the Ajanta cave (above), they seem on the edge of becoming glyphic. (Gods of the Cataclysm)

One of the world's first imperial censuses was conducted in China in AD 1 to 2 and tallied 57,700,000 people, at least 10 percent of whom lived in rectangular wooden buildings in towns with populations of up to about 250,000. Coins circulated, schools flourished, and a rich store of literature was created. (Patterns in Prehistory)

Archaeologists in Shangqiu, central Henan province in China, unearthed a 2000-year-old flush toilet with water piping and an armrest. It was found entombed with a king of the western Han Dynasty and dated to 100 BC. (Lost Star of Myth and Time)

The economic productivity of the Moche, their class-based society, and their ideology were also expressed in monumental architecture. At various places in the Moche Valley they built large clay platforms, ramps, temples, pyramids, and other constructions. One Moche pyramid, Huaca del Sol, was 340 by 160 meters at the base, stood 40 meters high, and comprised an estimated 140 million mudbricks. (Patterns in Prehistory)

The Mochica were a pre-Inca people living on the coast of what is now Peru. Their capital was Chan Chan, just outside of Trujillo, in northern Peru. They were not megalithic. Chan Chan, unlike Tiahuanaco and Chavin, the Maya and Olmec cities, and Teotihuaacan, is made out of adobe and, mainly because they were not titanic builders in stone, I had never associated them with the other major Pacific coast cultures. Now, among the Mochica, I was to find links between the coast, the Olmecs, Chavin, Tiahuanaco, and Teotihuaacan. (Gods of the Cataclysm)

Two other pre-Incan sites in the north, just outside Trujillo, likewise have some leading elements in common with the overseas, undersea structures. The so-called Temple of the Sun is a terraced pyramid built two thousand years ago by a people known as the Moche. More than 100 feet high and 684 feet long, the irregularly stepped platform of unfired adobe bricks was formerly the colossal centerpiece of a city sheltering 30,000 inhabitants. Its resemblanse to the structure found at Yonaguni is remarkable. (Forbidden History)

The ancient temple complex of Machu Picchu is thought to be an Incan ruin. Its location--perched on a forbidding ridge in the Andes Mountains northwest of Cuzco--causes us to wonder, as we have in other instances, just how the Incas could have transported the 10- to 15-ton blocks of stone used to build it. While the Incas did build an elaborate road system with stones of much smaller size, they had no wheeled vehicles and archaeologists admit once again to being unable to understand the process or techniques used. We run into similar questions at Sacsayhuaman, another Incan site. There, 100-ton blocks of stone were cut from the matrix rock, chiseled into strange yet exact polygonal shapes, and fitted together to last, it seems, until the end of time. (The Genesis Race)

The basic residential unit of Teotihuacan appears to have been large walled, often windowless compounds made of adobe bricks and chunks of volcanic rock. Many such compounds measured fifty meters or more on a side and internally were divided into many rooms, porticoes, patios, and passageways. In some, open patios let in sun and air and drained the compounds through underground stone troughs. Many walls were decorated with frescoes of jaguars, coyotes, trees, gods, and people in naturalistic settings. (Patterns in Prehistory)

Some residential complexes at Teotihuacan were found to have concentrations of artifacts characteristic of distant areas of Mesoamerica. The Oaxaca Barrio, for example, included ceramics, funeral urns, burials, and other elements indistinguishable from the artifacts used in Oaxaca--over 400 kilometers to the south--and very much in contrast to the distinctive artifacts of the Teotihuacan natives. These foreign "barrios" appear to have remained culturally distinct and intact for at least several centuries and may have been trade entrepots or ethnic "ghettos," but no persuasive explanation of these features has been made. (Patterns in Prehistory)

[Mayan] architecture was as striking as that of ancient Egypt, and not without similarities, but they were unable to develop a true arch, using instead, the corbelled form; both the buildings, and their disposition on the ground are constructed models of planetary constellations. The pyramids were surmounted by temples, some of which were as much as 200 feet above ground level, and decorated with the low-relief sculpture that has survived as one the world's great art forms...(The Mayan Prophsies for 2012)

In the Late Formative period, the rulers of Tres Zapotes embarked on major construction programs and instituted a consistent, distinctive template for formal architecture, which they replicated in each of the site's four main mound groups. The basic Late Formative plan of these mound groups consists of a large plaza, oriented approximately east-west, with a tall, pyramidal, temple mound on the west end and a lower, longer mound on the north edge. The long mounds probably supported administrative buildings, but refuse deposits behind the long mounds in the Nestepe Group and Groups 2 and 3 suggest they also were places of elite residence. In each group a low platform placed on the central axis of the plaza appears to have functioned as an altar. (Olmec Archaeology and Early Mesoamerica)

The redundant forms and arrangements of architecture in the four plaza groups indicate they not only served similar ceremonial, political, and elite residential functions, but they also employed a common directional symbolism that associated their east-west axis with religious ceremony and the north- south axis with ruling authority. The north-south association with rulership was enhanced in Group I and the Nestepe Group by the incorporation of colossal heads, portraits of by-then ancient rulers, which were placed opposite to and facing the elite residential/administrative structures on the long mounds to the north. (Olmec Archaeology and Early Mesoamerica) 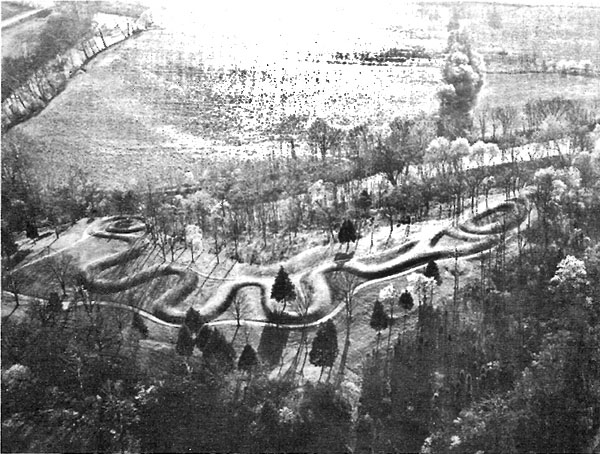 But we know comparatively little about daily life for the mass of the Hopewell or Adena peoples. The few houses excavated seem to be rectangular or ovoid constructions supported on posts and covered with bark or mats. (Patterns in Prehistory)

At the important Mogollon site of Swarts Ruins, in the Mimbres Valley, New Mexico, river boulders set in adobe were used to construct a large complex of conjoined rectangular rooms, access to which was apparently possible only through the roof, since there were no exterior doors. Inside walls were plastered with mud, and doorways led from one room to another. Storage bins, shelves, fireplaces, and benches constituted the essential furnishings. Corpses were frequently interred in the floors of abandoned rooms, in occupied rooms, or within the village compound; most burials were very simple. (Patterns in Prehistory)

One of the major settlement pattern transitions in Southwestern cultural history occurred during the first millennium AD, when people gradually, generation by generation, stopped living in relatively small villages of semi-subterranean pit houses and began building their communities in the "pueblo” style of blocks of contiguous above-ground rooms. (Patterns in Prehistory) 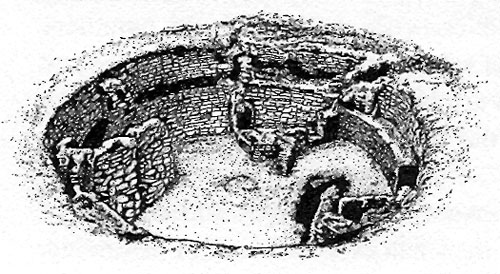 The ground plan for prehistoric Southwest kivas looked like this: The excavating archeologist of the Lowry Pueblo makes a point that the bins inside the kiva were constructed after it had been abandoned. The original was a clear, unimpeded circular structure. (Gods of the Cataclysm) For comparison see the Cretans vaulted tombs.